Kevin W. Williams was appointed President and CEO of Global Automotive Alliance and Manufacturing and Supply Chain Management in September 2019. In this role, he is a Corporate Board Member and leads all operations of the company.

Before joining GAA, Williams was most recently Chairman, President and Managing Director of General Motors (GM) of Canada Ltd., responsible for leading all GM operations in Canada, with revenues of $18.7B. Prior to this role, he served as GM Vice President and General Manager, Service and Parts Operations, where he oversaw all GM Global Aftersales businesses, with Global revenues of $14.2B annually. He also served as Chairman and Global Processes Leader for the GM Automotive Aftermarket Strategy Board.

He began his GM career in 1983 as a reliability analyst at Buick Motor's division in Flint, Michigan. In 1989, he became the General Supervisor of Production at the Lansing Craft Centre in Lansing, Michigan. He was then appointed Program Readiness Manager for GM's first electric vehicle program (EVI) in 1991. 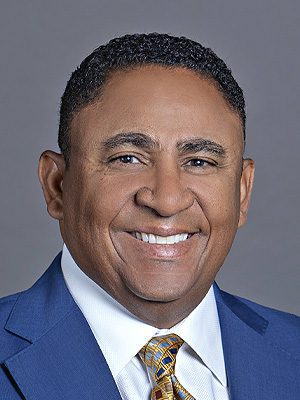