In addition to his role with GAA, William F. Pickard, Ph.D. is the Executive Chairman and Founder of GAA New Ventures, Co-Managing Partner with MGM Grand Detroit Casino, CEO of Bearwood Management McDonald’s and a co-owner of five back-owned newspapers.

Dr. Pickard’s 50-year entrepreneurial career began as a McDonald’s franchisee in Detroit, Michigan in 1971. Since its founding in 1989, GAA has generated more than $5B in sales with eight plants in the U.S. and Canada and services corporations including Boeing, Mercedes-Benz, Ford, General Motors, Chrysler, Delphi, Johnson Controls, Starbucks, Home Depot, Merck, the U.S. Marine Corp and the City of Detroit.

He has served on numerous business and non-profit boards including Asset Acceptance Capital Corporation, Michigan National Bank, LaSalle Bank, Business Leaders for Michigan, National Urban League, Detroit Symphony Orchestra, Detroit Black Chamber of Commerce, the Board of Directors of the National Park Foundation and is a lifetime member of Alpha Phi Alpha Fraternity.

In 2019, Michigan Governor Gretchen Whitmer awarded Dr. Pickard “The Michigan Lifetime Humanitarian Award. In addition, he was awarded “Michiganian of the Year” for his exemplary business success, civic leadership and philanthropy. He was the first Chairman of the African Development Foundation in 1982, appointed by President Ronal Reagan, and under President George H.W. Bush, he was appointed to The National Advisory Committee on Trade Policy Negotiations (1990) and the Federal Home Loan Bank Board – Indianapolis Bank of Indiana (1991). In February 2021, he was appointed by the Commonwealth of the Bahamas as the first-ever honorary consul for the State of Michigan. 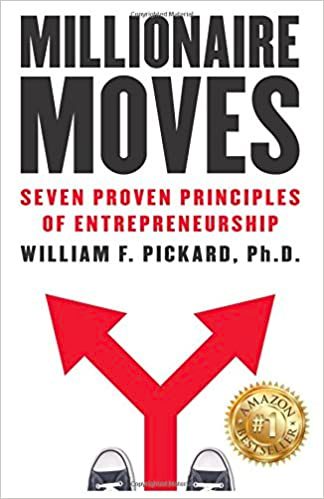 Dr. Pickard is also creating a new generation of entrepreneurs with “Millionaire Moves – Seven Proven Principles of Entrepreneurship, Vision/Attitude, Opportunity, Relationships, Talent/Skillset, Financial, Failure and Faith.” Sharing his journey to becoming one of the country’s most accomplished black businessmen and the undeniable principles that anyone can use to become a successful entrepreneur.

The “William F. Pickard Living Center is named in his honor at Grand Valley State University. He has donated more than $3M to Western Michigan University, which was used to build a new facility on campus, “Hall-Archer-Pickard East” and “Hall-Archer-Pickard West”; more than $1M to the National Museum of African American History and Culture in Washington, D.C.; $1M to the Charles H. Wright Museum of African American History; $1M to Motown Historical Museum; $500K to the Detroit Symphony Orchestra (DSO) in honor of Arthur L. Johnson and Judge Damon J. Keith; and $100K to Wayne County Community College District in honor of Deborah Green Virgiles and Maurene Brown Smith.